What are the Stonewall riots?

How did the Stonewall riots begin? The Stonewall Inn, located in Manhattan’s Greenwich Village, was a popular bar that quickly became known as the place to go due to its location, the mix of people, and the dancing. Three things to note about New York City in the 1960s: first, it was illegal to serve alcohol to known homosexuals. Second, there was a law against wearing articles of clothing that were not assigned to your sex. Third, police raids at bars were common.

These raids, completed by vice squads, specifically targeted bars that served alcohol, allowed dancing, and whose patrons were known to crossdress. Bar managers typically knew about the raids beforehand, and would often pay off the police to prevent raids. If the bars didn’t pay enough, or if there was pressure to make arrests, the raids would still occur.

On Saturday, June 28, 1969, a raid took place at the Stonewall Inn that did not go as the police had planned. While bar management received a tip that there was going to be a raid late into the night, management dismissed the tip since raids typically happened early in the evening. Once the raid occurred, it took the bar management and crowd by surprise.

During raids, the crowds at the bars would normally comply with the police requests — lining up, doing identification checks, and for customers dressed as women, going to the bathroom so female police officers could verify their sex. It was also common for police to bring reporters and photographers to their raids. As bar patrons would be brought outside their pictures would be taken. For patrons who were photographed, this was a big risk. Being known as a homosexual could get them fired from their job, and often they could lose the support of their family.

But the night Stonewall Inn was raided, things were different. The crowd, who was more gender nonconforming, felt like they had less to lose in fighting back instead of complying with the police requests. This was the first time members of the LGBTQ community fought back during a raid. The riots continued until July 3rd.

The riots were liberating to the LGBTQ community. Before the raids, members who identified with this community were ignored, had their human rights stripped, and were heavily, publicly shamed. After the raids, gay rights groups began forming. These groups helped the LGBTQ community feel united and empowered to fight for their rights. These groups also began working to change the social stigmas associated with their community.

While the United States has made significant strides in recognizing and respecting the LGBTQ community since the Stonewall riots, there is still so much work to be done. Below, we have outlined ten ways for us all to be allies and friends to the LGBTQ community during Pride month and year-round.

Listening is one of the best communication skills we can develop. It helps to improve overall communication, to build a better understanding of someone or something, and to cultivate better relationships with others.

Listening shows respect, especially to those who are part of communities that are misrepresented and marginalized. Listening also gives insight into how you can become a more compassionate, better educated person.

Being open-minded means approaching topics or ideas that are unfamiliar to you or that you do not typically align to, with curiosity. By welcoming new information, ideas, and arguments, you open yourself up to discovering new possibilities, solutions, and ideas. Approaching unfamiliar ideas and topics with curiosity can help you to navigate through the confusion and cognitive dissonance you might feel when something conflicts with an existing belief.

3. Be willing to talk

Being open to conversations with others can provide us with lots of opportunities to develop friendships, learn something new, and support one another. When you have a willingness to talk, take the time to listen, and approach conversations with a curious, open mind, you’ve got a recipe for being an ultimate friend and ally to members of the LGBTQ community … and beyond!

Being inclusive creates a space for all people to feel they belong, which builds stronger friendships, helps everyone feel supported, and fosters mutual respect. Inviting your LGBTQ friends to hang out with your friends and family can go a long way in making them feel included. Also, if you’re invited by one of your LGBTQ friends to hang out with their friends and family, go!

While it may be easy to make assumptions, don’t. Don’t assume the sexual orientation or gender identity of your friends, coworkers, and community members. Someone that is close to you could be looking for support in their coming-out process. Not making assumptions can help create the space for them to find the courage and feel the love they need to be themselves.

Using inclusive language is a conscious effort to communicate to ourselves and others in a way that is aligned with our values — including being respectful to all of the members of our community who are different from us.

Straight and cisgender people often don’t think about their pronouns and can tend to make assumptions about other people’s pronouns because they feel like they are obvious. But, by making simple changes to the words and phrases we regularly use we help to build more inclusive environments where everyone feels like there is room for them.

For example, instead of saying, “Hey, guys!” you could say, “Hey everyone!” You can also add your pronouns to your email signature, social media bio, and when you introduce yourself to new people.

7. Confront your own prejudices and biases

As uncomfortable as it may feel to confront our own prejudices and biases, it is the only way we can truly become a friend and ally to any person in a marginalized community — including the LGBTQ community.

Start with becoming self-aware. Ask yourself, “What beliefs and stereotypes am I holding on to?” You can also start by being aware of your internal dialogue when you interact with people who have different characteristics and identities than you.

Once you have identified your prejudices and biases, begin educating yourself. There are thousands of books, organizations, and resources available to those who want to learn more about the LGBTQ community. Learn about their history in the United States, and seek to understand more about what life in the United States is currently like for them.

9. Treat all people with dignity and respect

Treat all people, regardless of their gender identity and/or sexual orientation, with dignity and respect. You do not have to agree with their perspective or be able to relate to their life experiences to do this. Avoid gossip, teasing, and offensive jokes, and confront those who do. These are great places to begin treating others respectfully.

The seemingly small actions friends and allies of the LGBTQ+ community take have long-term, positive impacts. During Pride month and year-round, let’s each do our part to be an ally and friend. 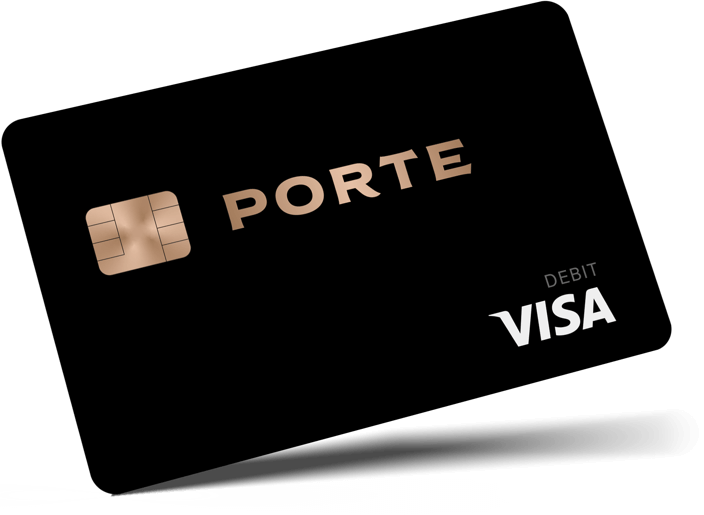 Apple® and Apple logo® are trademarks of Apple, Inc., registered in the U.S. and other countries. App Store is a service mark of Apple, Inc.

PORTE is a deposit account established by Pathward, National Association, Member FDIC, and the PORTE Debit Card is issued by Pathward, N.A., pursuant to a license from Visa U.S.A. Inc. Certain products and services may be licensed under U.S. Patent Nos. 6,000,608 and 6,189,787. Card can be used everywhere Visa debit cards are accepted.